So why Fat Rich Bastards? A long time ago I use to play in a ‘covers’ band for charitable events. One of our biggest gigs was at the five star Grand Hotel Eastbourne, we were playing for free but always wanted to be part of the evenings celebrations, so I used to personally pay for the group members and their partners to stay at the hotel, as well as having a table ourselves for the four course meal and vintage wines for what was an elegant ‘Black Tie’ event. The hotel used to ask for a credit card for items ordered on the room number, the bass player’s wife informed the hotel staff that the bill was being picked up by me, however the hotel staff still wanted a credit card for things they might put on the room, not picked up by me. Carol, for that was her name, called me and said about the request for a credit card, I told her to oblige the hotel and assured her that I was picking up the bill for the evening, other than things they might order on their room number. She said,” It’s alright for you, you’re a FAT RICH BASTARD”!
I was indeed fat and rich, some people might have even thought I was a bastard, however, every penny that I had made was through hard work and enterprise, I had not inherited anything from my parents or anybody else.
When wanting to self publish my business book about how I started, scaled and eventually sold my business I thought that fatrichbastards.co.uk would be a great website address to do it from, I hope you agree.
I might even encourage other Fat Rich Bastards to publish their business books or stories on the site as well. 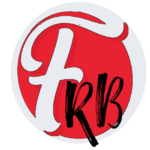